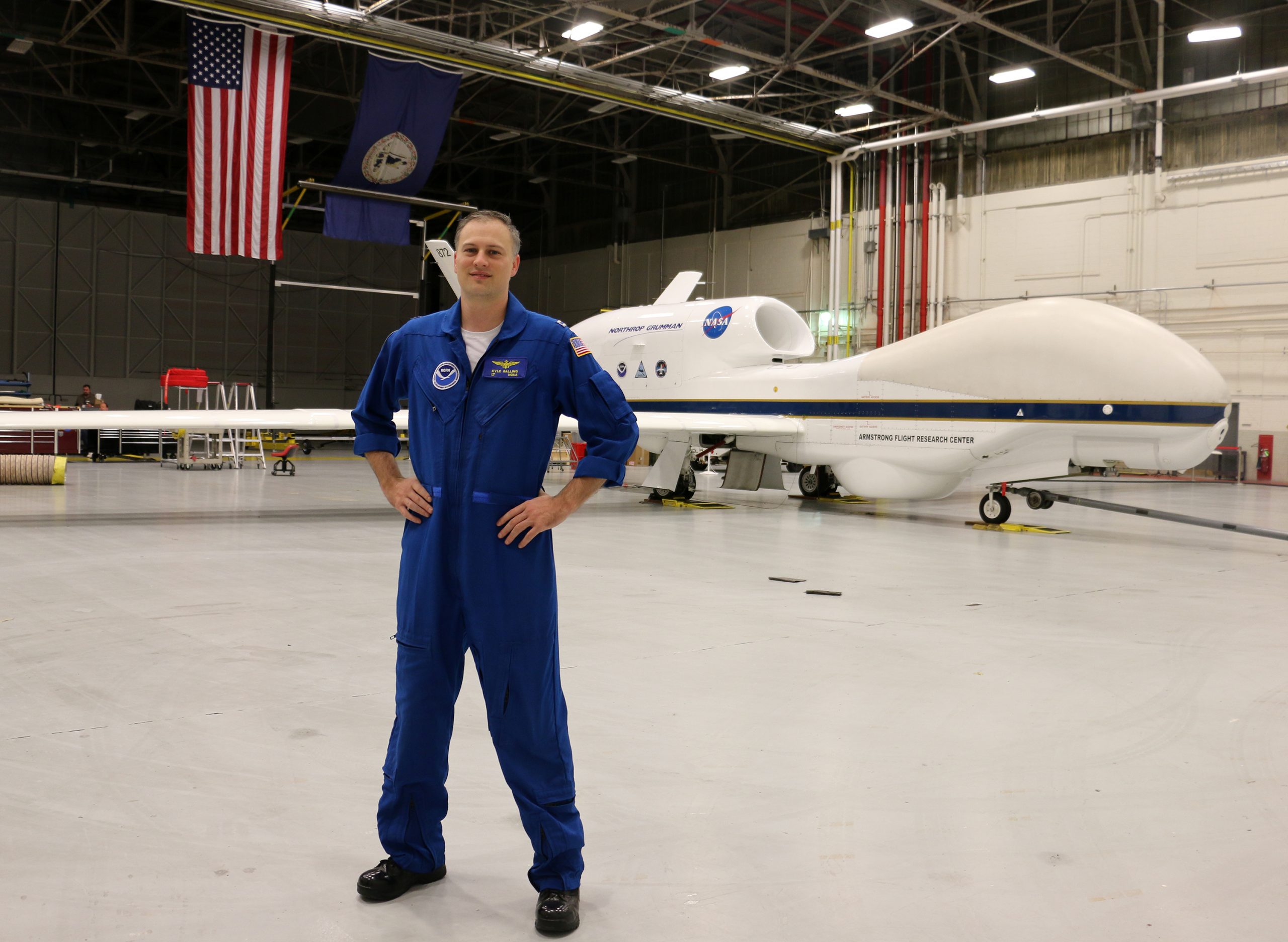 Meet Kyle Salling: a proud veteran, a pilot and a team member at Columbus supporting Airborne Science at NASA JPL.

In 2008, Kyle began his very first aviation job as an Aircraft Charter Pilot for Air Alpha, a charter company based at Cincinnati Lunken Airport and flew a Piper Navajo Chieftain for a FAA Part 135 Air Charter Service. During this time, Kyle also took on additional short-term jobs as a safety pilot in a privately-owned Beechcraft King Air B200 (an aircraft type he later flew for NASA) and as an aerial photo pilot in a Cessna 152.

Two years later in 2010, he joined the National Oceanic and Atmospheric Administration’s (NOAA) Commissioned Officer Corps. Kyle’s first assignment in the NOAA Corps was as an Aircraft Survey Pilot for the Airborne Snow Survey Program. “Snow Survey gave me a solid foundation for the understanding of remote sensing, airborne science, and aircraft instrument integration. Many of the hands-on projects at NOAA included being both an aviator and a scientist. NOAA’s Snow Survey missions are vital to preserving life and property in the cities and towns that are threatened by flooding as a result of the annual snow melt.”

In 2016, after completing his assignment with Snow Survey and the NOAA Aircraft Operations Center, Kyle was assigned to the NASA Armstrong Flight Research Center (AFRC) by the NOAA to fly the RQ-4 GlobalHawk. He participated in several joint NOAA/NASA missions flying the GlobalHawk over hurricanes to help get an inside look at how hurricanes form and intensify over the Atlantic.

Kyle shares his experience as a Global Hawk pilot: “Flying aircraft for NASA as a NOAA servicemember was an honor and an amazing experience. I found myself on the bleeding edge of hurricane research by commanding a Global Hawk over several Atlantic, Pacific, and Gulf storms thousands of miles away from the ground station. This assignment instilled in me a passion for autonomous systems and solidified my technical background in the systems, equipment, and procedures used to operate a large unmanned aircraft.” During this time, Kyle also successfully piloted the NASA King Air and participated in several projects such as the JPL AirSWOT Project and one of the NASA SLS Capsule Parachute Tests.

Soon thereafter, in 2018, Kyle separated from NOAA at the rank of O-3 (Lieutenant) and joined Northrop Grumman as a UAS Test Pilot. During this year, he was also an integral part of the team that designed, tested, and proved a new method of flying the GlobalHawk in terrain obstructed airfields where operations were previously thought to be impossible. In 2019, Kyle joined Columbus and began providing support to the NASA Jet Propulsion Laboratory (JPL).

“As a Columbus employee, I support JPL by drawing from my deep background in manned/unmanned airborne science and remote sensing. Having previously commanded several aircraft with JPL instrument payloads on board and by conducting, integrating, and operating airborne science missions, I am able to speak the language of a scientist, pilot, and project manager. In this role, I share my technical knowledge with the engineers and scientists developing JPL instruments to enhance their understanding of the procedural aspects, integration, and operations of a scientific instrument onboard an aircraft. I also provide a unique perspective and explanation of the requirements set forth by NASA in the JPL Prime Contract.”

Columbus is proud to have employees with such distinctive backgrounds and experiences, that continue to grow academically and perform their best each day at the job.