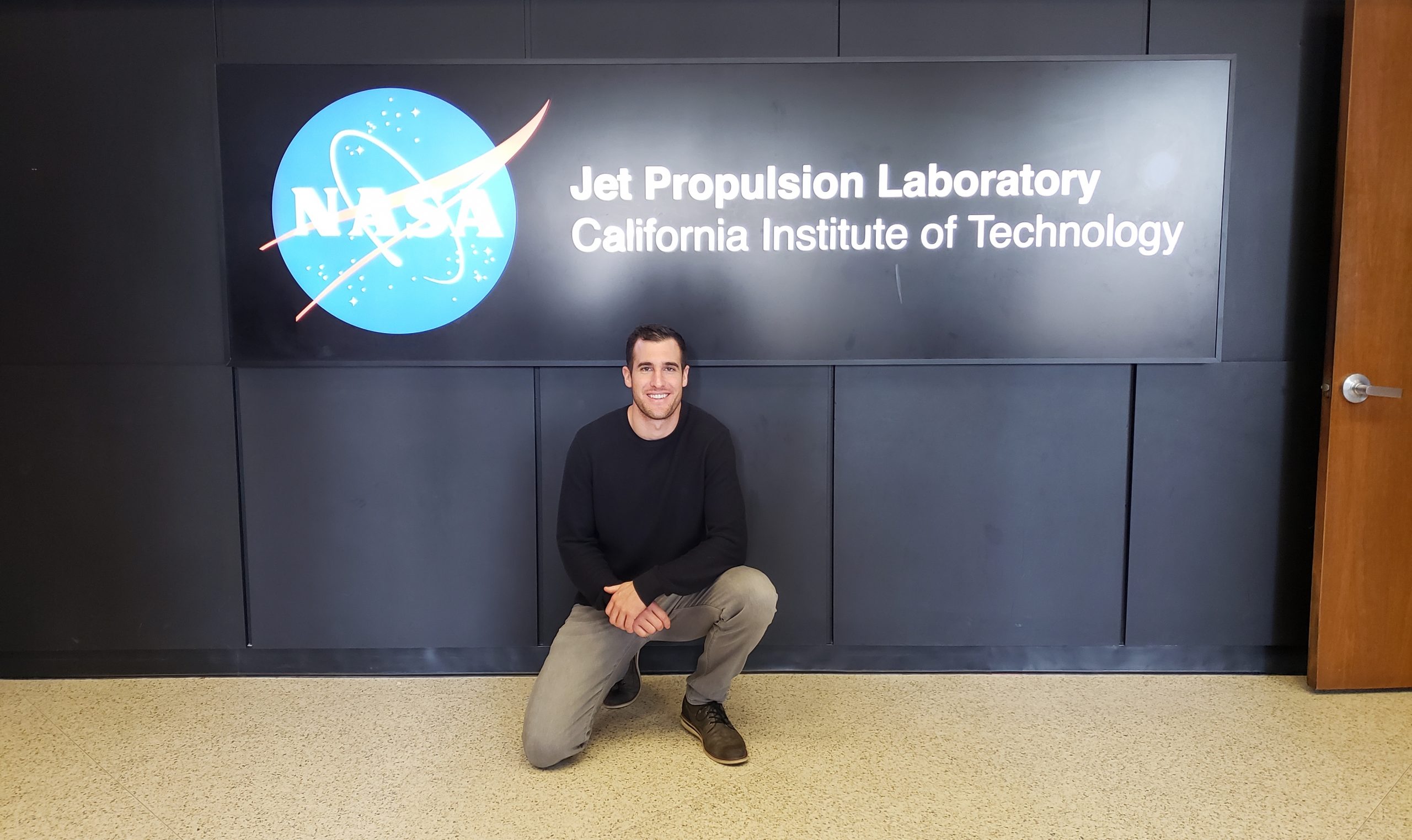 Christopher is a Californian through and through, born and raised in San Luis Obispo. He graduated from San Diego State University with a Bachelor of Science in Mechanical Engineering. One of his first jobs was working on Ground Control Systems for UAV pilots at General Atomics ASI. Soon after, he began to work on electro-mechanical actuators for space systems at Ensign Bickford A&D, including the James Webb Space Telescope and the Mars 2020 Rover.

“I have been at JPL for a little more than a year now, where I am involved in building computer hardware systems. I help generate design, build and test procedures that are applied to printed wiring assemblies and cable harnesses.” Outside of work and in his free time, Christopher enjoys film production, CrossFit, and studying Value Investing.

He is currently working on the Europa Clipper project. This satellite will orbit the enormous planet of Jupiter and make fly-bys of one of its moons: Europa. Europa appears to be an active planet covered by a frozen ocean. Scientists are almost certain that hidden beneath the icy surface of Europa is a saltwater ocean thought to contain about twice as much water as Earth’s global ocean. The Clipper is being sent to collect information about the moon and to find a suitable site for a possible rover landing in the future.

In Christopher’s words, “Where there is water, there can be life.” He strongly believes that this project is a continuation of mankind’s understanding of the universe and continued search for life.

As an Electronics Manufacturing Engineer, Christopher is in charge of facilitating and managing the builds of the Europa Clipper Compute Element. Once the design is finished, his team builds multiple Engineering Models to use as test units for the project. Once all the parameters and issues are sorted out, the team begins to construct the final flight units that will be sent to Jupiter.

The primary software used by his team is the JPL IBAT system (Instructional Build, Assembly, Test) which serves as a blueprint to document the how, when, and where of the build process. The team also uses the QARS system (Quality Assurance Reporting System). From incoming inspection of the hardware used for the build, to issues with the build process itself, QARS is used to track the quality of the product (spacecraft). Additionally, Christopher works independently to solve highly complex packaging and cable harness problems. He collaborates regularly with several other engineers, designers, analysts, machine shop and project staff.

“I feel fortunate to work with such a multifaceted and talented team here at JPL; I have learned a great deal about spacecraft design and fabrication as well as what it takes to create a great quality product.”

Columbus is proud to have employees like Christopher who are driven to achieve excellence at the workplace.