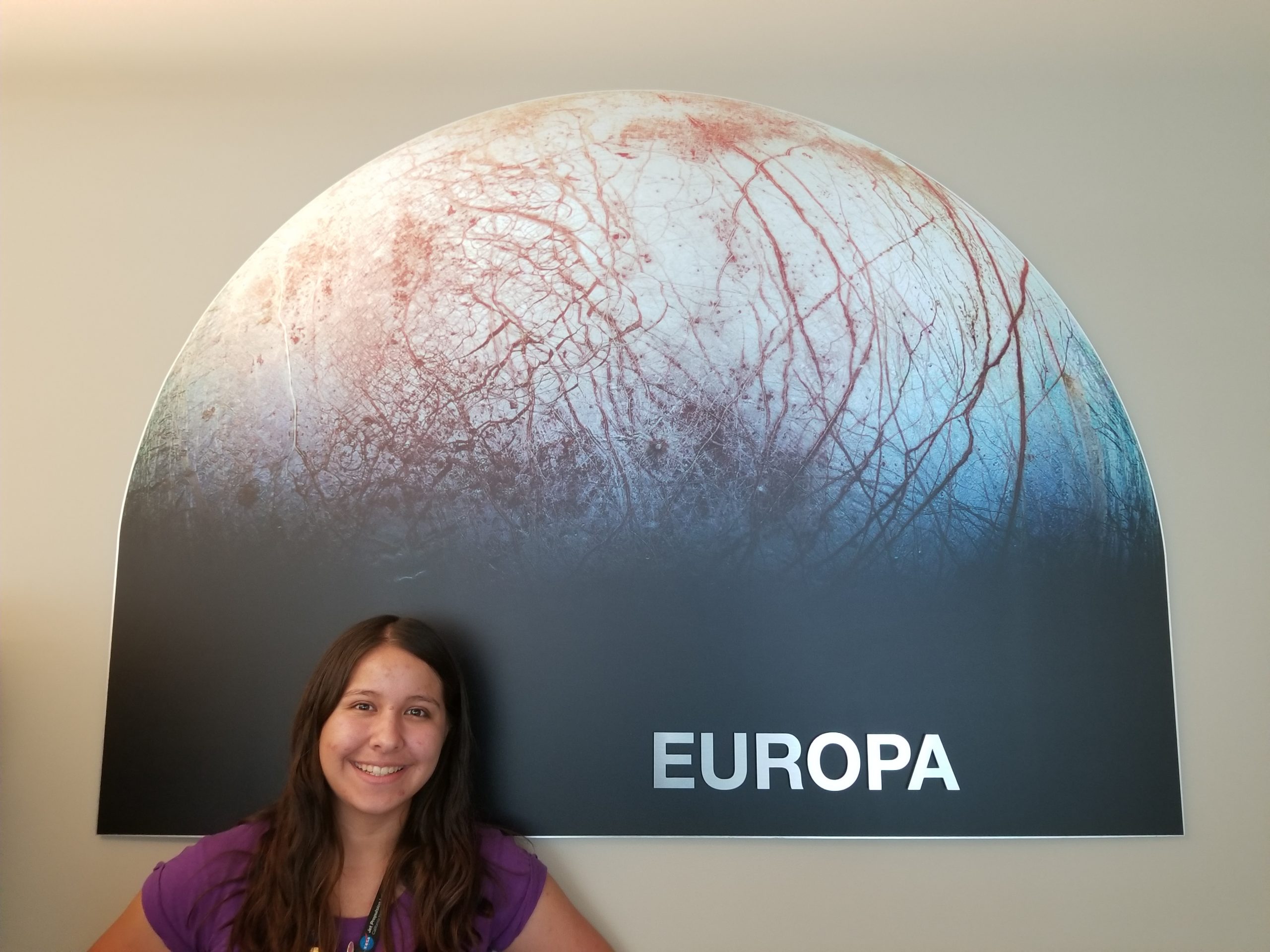 During 2017, Briana interned with the Europa Clipper Electrical Systems team while completing her B.S. in Electrical Engineering. She joined the Europa Clipper project full-time through Columbus after graduating from the Florida Institute of Technology. While in college, she was involved in multiple engineering organizations with leadership roles: she was the President of the Institute of Electrical and Electronics Engineers (IEEE) and the Webmaster for the Society of Women Engineering’s (SWE) student chapters. As President of the IEEE, she led a team of 14 college students in the design and development of an autonomous robot and won the 2016 IEEE South East Conference Hardware Competition. When she wasn’t in the lab working hard, she enjoyed volleyball, climbing and crafting in her spare time.

Her role as the power flight system engineer included maintaining the functional description document which defines the required power flight system behaviors that need to be translated into flight software requirements. The tasks she needed to complete include releasing and maintaining the power functional description document, creating the telemetry and command dictionaries, and reviewing the requirement traceability between flight systems and avionics (flight software) to ensure that there are no missing links. “I had to ensure that this document covered the power subsystem hardware descriptions, switch commanding, inhibits architecture, release mechanism and off nominal behaviors.”

Briana explains her role as the electrical flight system resource manager, “I oversaw capturing all known electrical resource impacts, generating resource updates for the monthly manager review (MMR) and generating impact reports when there are engineering change requests. My reports provide the flight system insights of how the impacts of approving a change to the baseline affects the entire spacecraft design. I’m also responsible for defining the constraint guidelines that need to be imposed on assignments of flight system electrical resources and followed by spacecraft users.”

“I’m responsible for maintaining the different electrical databases. My team and I are using a new database tool that will be implemented for the first time with the Europa Clipper project. I’ve taken the initiative to learn and document the details for our new teamwork process. As part of the database development team, it’s my responsibility to test the new tool, request features updates and provide my electrical system’s expertise to explain why certain capabilities are required to the software development team.”

Briana has been critically instrumental in Columbus’ contribution to the Europa Clipper project. She has been rewarded for all her hard work and received the CARE Technical Award in recognition of outstanding project management oversight and leadership as an Electrical Systems Engineer on this project. We are proud of employees like her who continue to leverage each new experience to build upon their technical foundation and knowledge base.