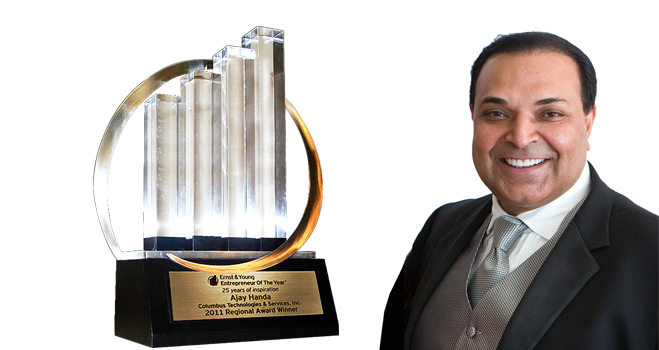 According to Ernst & Young LLP, the award recognizes outstanding entrepreneurs who demonstrate excellence and extraordinary success in such areas as innovation, financial performance and personal commitment to their businesses and communities. Ajay was selected by an independent panel of judges, and the award was presented at a gala event at the Beverly Hilton Hotel on June 21st.